I have a loan with Utah System of Higher Education. I have been paying them on time. Moreover, the payments are auto deducted from my bank account on time on the same date every month. I keep my balance more than the amount that is deducted for payments. I have a part time job and I am earning pretty well.

There is no reason why I would not make the payment. However, few days back, when I was checking the payment history, I checked that they had charged me the late payment fee for last two months. I did sense that the balance was not as per my spending. But never have thought that it was because of the late payment charges this company is levying on my account for no reason.

So, I called them to understand the problem. The agent asked me to revert through email with all the bank statements validating that the payments were made on time. I understood the urgency and sent them the required documents the same day right after few hours of our conversation. I did not receive any mails for a week.

After a week, these guys sent me the reply saying that they are still working on it and will revert as soon as possible. Later, I waited. Although these guys did not respond, I believed that the matter would have sorted. The next month, again the company deducted late payment fee from my account.

I called these guys and the agent told me that the issue was still under process of clarification and it may take 20 more days. So, they were thinking of deducting the payment the next month as well. That is what I guessed. I asked him to provide me a resolution right away or I would shift the loan account to some other firm.

It was not done manually for any error to happen. However, they have not sent me any answer by now. I have been waiting for their replies. They always tell me that they are working on it. Forget about processing the refund, I fear that they would again deduct extra payment from my account the next month.

These people have some problem in their system and must be making same mistakes for other customers as well. However, this is an ongoing mistake from last three months. And, even after intimating them for the same, these guys are not taking any action. What kind of company is it? Even the employees are not doing anything to sort the problem.

Are their systems not working? If not, how are they running their company. These guys asked me for the third month statement as well. I am sending them and if they do not sort the problem right away, I am escalating the issue to the higher authorities.

Write a review or complaint on Utah System of Higher Educatio... Cancel reply 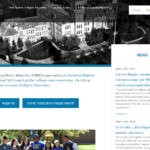