Shaun Harris is a con man who operates fake cyber security Facebook groups, he finds people who have already been scammed then tells them he is connected to the police and ASIC , he them proceeds to scamming people for phony background checks and asks for donations.

He is a really slippery scammer and sadly people trust him till he gets abusive when people get suspicious. His group was called scam awareness Australia but he had to shut that down. He has lots of fake accounts.

Write a review or complaint on Shaun harris Cancel reply 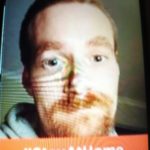