Indeed.com job site has shadily and shameless blocked employer from getting applicants simply because the employer complained that after an candidate from the site was hired, the candidate has illegal violations.

Indeed.com or Indeed jobs has been undertaking the unethical and shady practice of blocking employers to passively punish them for filing legitimate complaints about bad job candidates. And indeed also discriminate job candidates differently. They are playing these dirty games behind the scenes and think no one will figure it out. Dumb and Ugly “Indeed”!

But not sure if they realize this shady secret can be passed on to the media and received backlashes?

Indeed shameful. Indeed will expose you!

Indeed.com is a discriminator because likely since the candidate is from Harvard, right or wrong, illegal or not don’t matter to them any more. Their shady nature showed up and they instead tried to retaliate the employer instead for speaking up.

Indeed is indeed shameless and conducting wrongful behaviors based on their personal likes and interest.

But wrong is wrong, Indeed.com, hence we are exposing your shady moves. We will notifying the media and certain authorities.

Write a review or complaint on Indeed.com Cancel reply 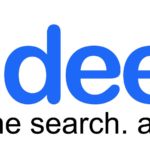