Due to personal reasons, I had to move my location from the current place to a property in Georgia, Arizona. This property was named Alpharetta. Everything was happening so fast that I hardly had time to judge everything. I had a check of the property and the documentation, which they came up to me with! As I mentioned, I hardly had any time to judge, so I went along with it. There were three fees they came up to me with at the starting phase, i.e., 1- Deposit Fee. 2- Holding Fee. 3- First month’s rental. I did accordingly.

For the first couple of months, a similar scenario used to occur. Just when I was getting used to it, something adverse occurred. I remember the third month’s rental for which I was trying to pay through my card. I didn’t realize how much funds I had on my card, and accidentally I did not have much that I needed to pay the rental. I decided to pay it online because I had suitable funds in the same. Obviously, my transaction got declined. BUT FYI I DID NOT TRY TO HIDE ANYTHING FROM THEM AND MADE SURE THEY HAD THIS MESSAGE FROM ME. I mailed a money order to them, and the party received the status of that money order.

They charged me for some late fees and return check fees, and I was okay with that. It was my fault, after all, and not theirs, that they should not charge me. So this scenario got completed according to me. But on the 7th of February, I came to know that this scenario was still on! I received from them an email that stated to me that they had received the payment. But I am not allowed to pay any more to them. Instead, all I got to do is make my payments somewhere in Arizona! When I contacted the corporate office, I did not come across a single person to get the information that I needed desperately. It’s the end of the 3rd month, and I need to pay the money within few days. I am yet to receive any information from their end regarding this. All I could get from them was a list of dead phone numbers and dead emails, where no one answered the question.

Due to such unprofessional behavior, I have got to suffer. I have my kids who stay with me, and if something comes up, I have no place to go! Assuming that nothing has come in the form of information from them, I won’t be able to pay the fees that I have to, and they might even throw me out of the property. I have even received an email from them stating that if I cannot pay the payment on time, they will throw me out of the property and take some legal actions against me, and I am stuck in a dead situation.

Write a review or complaint on Progress Residential Cancel reply 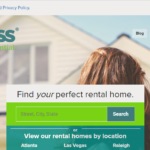