To begin, my son’s wellness check with Dr. Bryan Drucker was neither helpful nor informative.

It was pretty short and Dr. Drucker did not seem to want to spend much time with us, even though my son was a new patient and this was our first time meeting with him.

Dr. Drucker’s medical assistant (Adidta?) is a nightmare. She was rough with my son and didn’t take accurate measurements.

When my son developed a fever, I asked Dr. Drucker’s medical assistant what we should do.

Then she said I needed to take my son to the ER if he had a fever over 102. This is wrong information, by the way.

To top it off, she gave us the wrong dosage info for the medication she kept pushing.

When I questioned her, she talked over me and kept insisting she was right.

I had to call back, and she conceded that she was wrong after I told her that her info contradicted what we had learned from our previous pediatrician.

The medical assistant had given us info based on an OLD chart. When we told Dr. Drucker about this, he merely shrugged and said that it was okay to medicate.

He finally gave a feeble apology and said that he was surprised that the medical assistant hadn’t talked to him first.

My son had a bad reaction and he refused to eat or drink and had lots of diarrhea after this.

It was a scary situation and we wanted to talk to a doctor asap when his fever spiked in the middle of the night.

When we called the answering service, I was told that I must call the advice line first before they will contact the doctor.

After an hour and a half, I finally got a call from a nurse who said they would call the doctor.

After waiting some more time, I finally spoke to the on call doctor. The next day, despite being really sick, my son was not allowed to see Dr. Drucker.

Instead we had to see a nurse practitioner. Her advice was to discontinue the antibiotics for one day and that Dr. Drucker would let us know whether we should resume the next day.

I called the medical assistant multiple times the next day and even had the receptionist hand deliver a note to her so that she could call me back.

I never heard back and was forced to jump through hoops to talk to the on call doctor.

Adding insult to injury, I got a call from a random advice nurse the next day with instructions on what to do for our son. Too little too late.

In sum, if you care about your child or your sanity DO NOT go to see Dr. Drucker or go to Pediatric Associates. 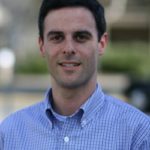