I used to go to Dr. Anu Kottapalli when I first became an adult. After coming down with a sickness I got a blood test done and was told that I should be fine playing sports and other physical activities.

A few days later Dr had called my parents and let them know that I had mono.

My parents were very confused because playing sports could have caused my spleen to rupture.

After letting her know that it was incorrect of her to not let us know sooner, Dr. Kottapalli responded in the rudest way.

She told my mom to change the doctor for me if I wasn’t happy, and that we could try to report her but she was untouchable. After that I decided to switch doctors.

In another instance, my mom continued with Dr. Kottapalli for years after being diagnosed with arthritis.

She was feeling very lightheaded today and had called the doctor for instructions on what to do to feel better.

The doctor said she would call right back and has not called for over 6 hours.

Dr. Kottapalli is NOT a respectful person and has no bed side manners despite being in a healthcare field.

I would stray far away from her, if anyone is looking to add her as a PCP. 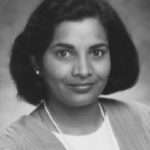