On August 10, 2018 my 81 year old mother went to Dr. Aguilar for a routine Temporal Artery Biopsy that was to be done under a local anesthetic in this office.

She is traumatized and her shirt is blood soaked. This routine procedure took over 2.5 hours during which time, Dr. Aguilar couldn’t stop her bleeding.

Had he slipped and nicked a vein or artery?…I don’t know…What I do know is that he didn’t bring her across the street to the hospital where he could have gotten her help, but instead tried for over 2 hours to stop the bleeding himself, pressing towels on her head, all the while saying under his breath “I’ve never seen so much blood…” to the nurse.

Eventually, the bleeding stops and my mom is stitched up – given a white doctors coat to wear over her blood stained shirt – and sent on her way.

No offer to take her home. No offer to call her a cab. No offer to bring her across the street to the hospital to get her checked out to make sure everything is alright.

Since she drove herself and left her cell phone at home she had no way to call friends or family to come get her or even request an Uber.

She sat on the curb out front of his office and cried for a bit before managing the strength and courage to drive herself home.

She saw Dr. Aguilar today (a week later) to have the stiches removed.

He offered no apology for her treatment as she returned his white coat, no reason for how he could leave a blood soaked 81 year old to fend of herself after his mishap…he didn’t even offer her eye contact.

I believe what Dr. Aguilar did to my mother was medically and criminally negligent.

I see another post from 3 months ago where he blinded a woman’s sister…perhaps his reluctance to get my mother medical attention was so there would be no documentation of this incident.

I consider her lucky to be alive…she is still traumatized and will not be returning to him EVER.

She had hoped that he would offer an apology or explanation of how he mishandled this incident, since she has been seeing him for years and he did her cataract surgery – but no – too much ego for that.

I will also be filing a complaint against him on behalf of my mother with the California Medical Board.

Update 8/31/18: my mother is now (at this moment) in hospital (its day 4) she has a serious infection from her procedure – clearly the stitches weren’t ready to be removed given the size and depth of the wound from the biopsy.

Because of the major loss of blood and her age, she is also severely anemic… 2nd photo is of the hole Aguilar left in her head – and closed with just a few stitches – keep in mind, this is after 4 days of controlled wound care!

The doctors at the hospital were SHOCKED at how this biopsy/wound/patient could be so poorly handled.

Utterly unbelievable to me…sorry for the gory pics, but needed to convey how bad the situation is/was! 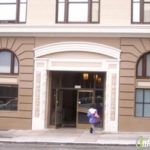