SCAMMER! FRAUD and Big LIAR! I can’t believe I ever stepped foot in that horrifying unprofessional place!

How is she in business for over 15 years if all she does is say she will give you the best refund and end up charging you an arm and leg and give you crumbs., I came into her “Business ” January and I said I wanted to do my taxes so her assistant had me sign forms and give her my forms, so of course I did I signed her forms WITHOUT reading them which was a big mistake and in her form it says that if I sign the form I automatically have to pay 100 dollars even if I don’t end up doing my taxes there.

I take responsibility for not reading those papers but let me start on telling how my visit with this lady was, I came in on my lunch break and told her assistant I want to see if I can do my taxes here so yes she welcomed me and all, and handed me the forms to fill out, I finished and I was running late to work so I told her that I would come after work, I left my forms with her and when I came back Yvette or Yvonne (I forgot her name) had already submitted my forms onto her computer and set up an online account so that SUPPOSEDLY I WOULD ONLY HAVE ACCESS TO!

She said she wouldn’t even be able to access the website once I got the password (BIG LIE!) I came back to her office and she told me what I would get as refund, I already had a number from my tax preparer that actually ended up doing my taxes and she comes out with a way lower number!

I couldn’t believe it! I knew from right there and then she was going to Robb from me because the number she gave me did not even have what she was going to charge me for preparing my taxes!

I was so mad, but I kept it cool, I told her ” I was hoping for more than that” she tells me “what were you expecting ”  I gave her my number and she started picking at the computer and ended up boosting it 200 dollars more, I told her I can’t believe I’m getting such low return and she told me if I brought my paper from my previous year of where I got my taxes done she can see what she can do, so gave it to her and I think she had boosted the amount more that time too I’m not sure but coming to an end I was done I told her I was going to wait because I thought the father of my child might claim my daughter just so I can leave on good terms and she pulls out that her hard work has to be paid for before she can give me any forms back , I was shocked I asked her and how much is that and she said 100 dollars, I was so pissed that I lost it !

I told her your charging for scamming me for giving me way low of what I know I should be given!

She replied saying that’s what the return was and it had to be paid for her time taken in inputting the info( which I did not agree on her submitting yet) I told her assistant I would come back after work to talk to her and she went out of her way to start the process without me present!

I told her I can’t believe this , I asked her is there something in writing where it says I owe you 100 dollars and sure enough that paper I sign said it, I had no choice in giving her the 100 dollars.

I was getting up and asked her for a receipt and all my copies and she hesitated to give me a receipt and did not want to give me the papers I had signed when I went in on my lunch break I told her I need those papers because they have my personal information on it, to make the story short it took me 15 minutes just for her to say I’m going to shred the info and I’ll just send you a picture text of what you signed!

I couldn’t believe her I told her I’m really upset and I am going to you, she then got offended and OUT HER MOUTH !

Said “I WILL REFUND YOUR MONEY IF YOU CAN SHOW ME PROOF THAT I COULD GET AHIGHER RETURN” she said those exact words, so fair enough I knew I was going to get a higher return and that’s exactly what I did I brought in proof that I got a higher return today and she bluntly in my face said she never said that! I couldn’t believe that lier!

\She then told me to go into her office so that she can pull up my file (WHICH SHE HAD TOLD ME ON MY FIRST VISIT THAT SHE HAD GOTTEN RID OF) that I had not given her all my returns and that’s why I didn’t get a higher return , I just couldn’t believe it lie after lie everything I gave her I gave my tax preparer and she is saying I didn’t give it to her, to end my review, I ended up getting kicked out of her office and basically she told me I will not be getting my 100 dollars back, which is fine now, because I am now calm that I’ve have written this review so that others can be aware!

She tried to scare me by taking my photo, I am at calm because my whole conversation with her was recorded and had been sent to the Better Business B , I can’t believe this lady , I which I wouldn’t have to even give her one star cuz she deserves none, and I will be uploading the video on my review if I AM able to and also my Facebook page so that the word can get out there that she isn’t a loyal tax preparer!

Write a review or complaint on Creative Tax Cancel reply 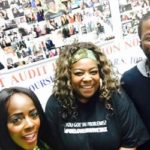