Dr. Carey J Christopher was completely and utterly unprofessional in the surgery and follow up with my mother.

She was diagnosed with rectal cancer and liver cancer.

He immediately went to the surgery card because he knew that he would make a quick $40,000.

Rather than opt for radiation treatment to shrink the growth he wanted to cut her open.

Dr.Carey was all bedside and put on agreat act.

There was no follow up worth a crap, documentation of the surgery is pathetic at best.

Even something as simple as having a valid count of how many staples were placed in my mom were not accounted for.

Why someone would even use staples instead of using stiches on parts of the body that move is beyond me.

It shows me that he was in a hurry and had no concern of the person he was operating on. Within one week of doing my moms surgery, he was off to Africa for a vacation and no body knew anything about what his so called follow up plan was.

He then had set her to be discharged to a recovery/nursing center knowing she had a massive infection in her stomach and was still leaking fluids from inside her body.

This hack job so called top surgeon robbed my mother of her life. I would not send my worst enemy to him.

J. Christopher Carey should be banned from ever performing surgery on another human being!

62 days after surgery mom passed away from what he didn’t do for her.

Good to know we paid for his African vacation. What comes around goes around Mr.Carey!

Someday you will be in our shoes and you will know what it feels like to have someone robbed of their life because of a pathetic doctor that has more crappy feed back than anyone I have ever met. 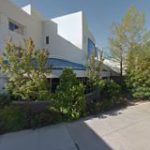