Florida attorney Diana Ballou was found to have violated California law where the State Bar of California admonished her for practicing law without a license in the State of California. Las Vegas attorney Michael Aisen was then hired to seek payment for an arbitration case obtained by Diana Ballou, but he fraudulently represented to the court the arbitration award was a judgement. In Nevada, NRS 17.340 “Foreign judgment” defines what is a foreign judgement.  As used in NRS 17.330 to 17.400, inclusive, unless the context otherwise requires, “foreign judgment” means any judgment of a court of the United States or of any other court which is entitled to full faith and credit in this state. Since Las Vegas attorney Aisen did not have a court judgement, he fraudulently signed under penalty of perjury the arbitration award was in fact a court judgement. Both Las Vegas attorney Michael Aisen of Aisen, Gill & Associates, 723 S 3rd St, Las Vegas, NV 89101, his associate attorney Kimberly Nelson filed the fraudulent case while trying to collect a judgement which must first be certified by a judge to become a judgement.

Several websites report ethics issues forced Las Vegas Michael Aisen from California to settle in a run down office building on the outskirts of downtown Las Vegas. Seeing how Florida attorney Diana Ballou illegally practiced law in California, one can see how she came across an attorney who was ran out of California. 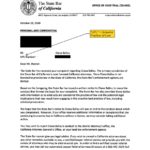 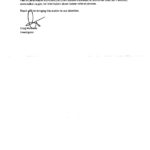