I like or dislike what I like or dislike and I’m satisfied with that. Particularly, I’ve never wanted to negatively review anyone; I believe that people are people, and as long as you act in good faith, bad experiences happen (mostly never intentional) and it’s not being a good local citizen when you decry someone’s business when they’re trying their best (or even having a bad day).

All of that ended today with my experience with WorthTax, the worst and most unprofessional experience I have ever had with a financial institution in my life.

Our initial meeting was fine, if not a bit casual. We spent an hour going through my finances with a fine tooth comb.

I had recently moved from NY so had dual state income and in addition my wife worked remotely – so continued NY income while working in MA.

I also bought a house this year in Weymouth (beautiful area) and had dabbled with cryptocurrency as well.

I’m a TurboTax guy and given my particularly complex situation, wanted to rely on a professional.

My intention was to form a local relationship and grow that over the years, given a lot of upcoming financial events in my life i am anticipating.

Well, let me tell you: my experience SUCKED and I won’t be returning.

1. I received an email from my tax professional, asking for copies of my wife and I’s ID’s, about a week after our meeting.

My tax professional did not delete a previous thread in his email, and scrolling through, I saw that he had been condescendingly joking about my tax situation with other members of his team, IN AN EMAIL, and didn’t delete it.

I 100% get workplace banter and chit-chatting about clients – but seeing this chatter in an email to a client was highly unprofessional.

I ended up responding and making reference to the email.

I received a voicemail with an apology, but writing it off as typical boys will be boys type stuff.

I call bullshit. Not good enough. Am I really supposed to trust a guy with my financials that’s stupid enough to cc me on an email shit talking me?

2. In the same voicemail (after our hour long conversation and after he had worked on my taxes), he told me I should expect a return of about $3400.

He claims that “after diving deeper into my numbers the return ended up being less than expected”.

We had spoken in detail about everything in my tax return for an hour, he had looked at them before leaving me that voicemail (nothing changed from our first convo to today), and then all of a sudden they’re WAY lower than expected.

I don’t necessarily call bullshit, but he was off by over 50%. Eh, maybe a bit of bullshit.

3. Again, after spending over an hour going line by line through my finances (again, he was clear on absolutely everything and nothing changed), I was told my return would cost $400 – which in itself is astronomically high.

Look, I’m an easy client – give me what you advertise, be honest with me, and we can have a mutually beneficial relationship.

I’m not saying that WorthTax sucks – I’m sure that a lot of their folks are nice and are actually trying to build client relationships built on trust.

But based on my experience, as a new Weymouth resident looking for a tax professional I can trust and grow with, I will NEVER return to WorthTax.

They’re unprofessional, sneaky about pricing, and dishonest. Stay away.

Stick to TurboTax – the extra stress is more than worth the lies, false estimates, and unprofessionalism that exists there.

1. I caught my tax guy shit talking my financial situation with colleagues in an email. Do you really trust your finances with a guy that’s stupid enough to do that?

On the plus side, the desk girl was nice.

Is WorthTax legit?
WorthTax is not a legit business owner or provider. They are not aggressive towards their customer satisfaction and complaint grievance, and hence 2 consumer(s) was/were given a WorthTax as a negative rating, and only a few left positive feedbacks.
Where is WorthTax located?
WorthTax is headquarted at 20 Court St Dedham, MA 02026. We do not have any affiliation with the better business bureau or yelp reviews platform. You can contact WorthTax by dialing (781) 849-7200 or visit their website worthtax.com.
How much monetary loss is incurred by WorthTax’s customers?
According to the reviews posted by WorthTax’s customers, US $5865 was the total loss incurred, and hence the severity of the scam is extremely high.

Write a review or complaint on WorthTax Cancel reply 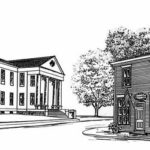