Unfortunately, I cannot recommend Kevin for tax services. I used him last year and had a decent experience.

This year, he was impossible to communicate with (see text messages) and actually lost my (and my fiancé’s) paperwork that we stupidly left him with.

So not only did we go out of our way to have a meeting regarding filing these taxes, we also had to resend everything just to get it all done in time.

Something we likely could have done in the beginning and not have our personal information floating around in the trash.

He handled it as if it shouldn’t mean anything. You are a professional, act like it. I feel like he could have approached the situation differently.

I don’t feel as though he felt bad about what he did and he doesn’t realize what an inconvenience that actually is.

He was unprofessional in handling the situation and lied to me about working on my taxes.

I was told I would have them the following day, but that day came and went.

Then I was told he was “cranking away at things” only to be texted at 10:30 pm that day that our belongings were actually in the garbage.

If you were working on it at all, you would know where our belongings were.

I asked him to release my DOR account so I can add it to my own account and he has completely ignored my multiple messages requesting to do so.

I called DOR and had them do it for me. I shouldn’t have to do that. It should have been done by him and I shouldn’t be ignored.

Another thing to note, after looking further into my b&o taxes that Kevin filed for me, the numbers are actually incorrect and I will have to deal with correcting that now.

I’m floored at the lack of professionalism. I feel like he does not care about his job or his clients and it’s especially frustrating to be ignored the way I have been.

Avoid at all costs.

*note this was for our B&O taxes that were due January 31st, after this experience we are not using him for federal taxes*

UPDATE
In response to Kevin’s reply below, I just want to mention that I wasn’t asked to send my information for a second time through a secure portal.

I was asked to email them, which you can see in the text messages I have provided.

Lastly, if you truly felt bad about the situation and felt sorry for the lack of professionalism, I do believe you would have actually responded to my messages before I chose to leave a review expressing my concerns and giving my opinion on my experience. 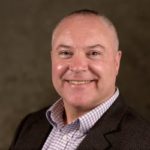