I reached out to “The CPA Corner” to help with my taxes, and had an initial conversation with a lady who setup my appointment.

A few days later, I received a call from a man saying that he had to cancel my appointment.

I’m a Canadian living in the US so he said that I had to file in Canada first, then he can file the US.

It really seemed like he was just trying to cancel my appointment but I took him at his word.

After asking around to multiple tax experts in Canada and the US, I found out he was dead wrong.

He had me thinking I had done my taxes wrong for the last 2 years.

Don’t waste your time with this guy.

Write a review or complaint on The CPA Corner Cancel reply

3 Reviews on The CPA Corner 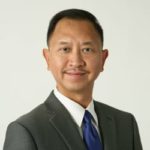