I used services of Svetlana L Kaff so called immigration lawyer for two years only to spent my $23000 for nothing. I approached this lawyer because of the internet marketing that she does for her services. I am so convinced that anyone advertising for their lawyer services must not have the skills to charm clients through recommendations. This lawyer is a scammer and her office staffs are contributing to her scam too.

I was not sure what to do when I had problems with filing for immigration. Hence, I checked the internet and being a novice at things like these, I never tried finding any other lawyer or compare her services with others. I contacted her only because her name popped first in the list. After she began to work on the case, her attitude changed. Whenever I would ask for updates, she would simply change the topics.

If I would ask her for forms that were never submitted or delayed action, she would start accusing me of mistakes that I never made or ever known about. Her office staff are all together and well trained. They know when to transfer you call to her and when to lie about her presence in the office. This Russian speaking lady has no clue about how the professionals work. She is a complete mess and always rude except when you see her the first time. This is the only time you would see her smiling more than she can stretch her lips.

Svetlana L kaff never showed any interest in solving my case. She was always looking for payments. I got invoice all the time. At first, I though she was working hard and the invoices are the proof that the forms are being filled and things have been taken care of. She was always reachable. She took my calls and answered my questions. However, later, when nothing happened for months and I asked for reports, she turned into a monster.

She started disconnecting my calls. I once was outside her office and called her to ask if she was available. She did not know that I was so close. She said that she currently out of station and I should not bother coming to her office. I was about to turn around when I saw her entering her office. All these are examples of how unprofessional Svetlana is.

I started becoming more involved about the case and the progress of her actions. She was not able to answer to my questions ever. I asked to shift my case to someone else and she refused. I tried a couple of times to convince her and she said that she has worked hard for my files and she would not need more time to resolve things. And, if I shifted my case to some other lawyer, I will end up doing everything from start.

I knew this is not the case. She had not even worked for my immigration files. Finally, I stopped paying her. That is when she said she would be transferring my case to someone else. However, I asked for the bill details of $19000 that she took from me.

In the beginning, she used to send me detailed bills for what she was charging. It happened for a month, roughly, I guess. Later, she stopped sending me the detailed bill. When the progress seemed stuck, I started calling her. When I asked to define the charges for the rest $19000, she slammed the door. I was on a call and I heard that.

She was panicking and started shouting at me. She said that she does not like to work with someone who cannot give the least of his trust. She got me for few more months.

But, I knew she was a cheater. After two years of doing nothing, I took my case away from her. She could not explain me the charges and when I asked for a refund, she showed me the policies of her company. She said that I was the one who did not want the services. She said she was ready to take the case forward which was of no use, I knew.

Till date, she has neither sent me the detailed bill nor she has refunded the amount to my account. Svetlana in a fraud lawyer. Stay away from her.

Write a review or complaint on Svetlana Kaff Cancel reply 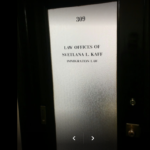