As a customer of Astoria Savings, I was used to “A” level service at all levels.

The transition to Sterling National Bank took months to happen and the moment it did, service dropped to an “F” rating.

The employees did the best they could, but I never saw a company who had months to plan a transition fail so completely.

And now that the transition is complete, SNB has begun to shut down neighborhood branches.

When Astoria, these branches were the center of the neighborhood.

So now I schlep a half mile to the Rego Park branch on Queens Blvd.

A total disaster as SNB has not provided them with the resources to handle the run-off from the closed branches.

Yesterday, for the first time in 10 years, I saw a lunch hour bank line which I estimated would take the two open tellers about 30 – 45 minutes to get through.

Where is the nearest Capital One bank. 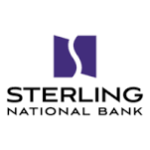