I had the misfortune of being assigned a doctor at Shalom Health Care Center.I was never able to actually make an appointment.

I called one afternoon and was told that they only do appointments one week out and that they also only make an appointment the day of and I would need to call in the morning.

Already this was sounding odd but I needed to see a doctor and figured I’d give them a chance.

I called back the next day and when I finally got through (I’m guessing all other patients that needed to get an appointment were doing the same) I was just asked some questions and told I would be called back.

That never happened which is probably for the best. I’m not too fond of competing with other patients as if I’m in a radio call in contest.

I can’t speak for the actual service beyond trying to make an appointment, but if it’s anything like their scheduling then it’s a joke. 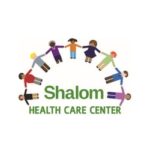