I, too, have had terrible experiences with RIII Tax Services, Inc. Please note that I’ve been using this person’s accounting services for over a decade and had given him an enormous amount of business over the years.

In spite of this, I feel I cannot do so any longer due to some very unprofessional experiences over the past several years.

Several years ago, this accountant transcribed my bank account numbers incorrectly for the electronic filing, causing my refund to be bounced back to the IRS.

I didn’t receive my refund for months because of this. Although I certainly could’ve understood this mistake (mistakes happen! It’s okay!), I was offered no apology.

Further, I could never get this person to return a phone call or email–EVER.

Even more disconcerting was the fact that a dozen of my coworkers who used his services as well reported to me that they had witnessed him saying terrible things about me in his office!

Although I found his actions/behavior to be highly unprofessional (and false!), I continued to use his services because of his admitted knowledge of my field of work when it came to tax preparation.

THIS year, however, countless clients (including myself!) experienced something that can only be described as EXCEEDINGLY puzzling: he failed to file any of our tax returns for weeks and weeks (for many of us, up to 6 weeks post-appointment!).

Typically, in the past, our returns were immediately electronically filed (or at least the next business day). This year, however, they failed to be filed at ALL.

They were never received by the IRS. Clients reported that this accountant blamed everything from “icy weather/storms in Atlanta” to “government shutdowns” (???) as reasons for the delays.

This accountant once again failed to return ANY phone calls OR emails from clients with regards to our missing claims.

Only after clients began to barrage him on social media outlets (Facebook, in this case) with regards to why their returns hadn’t been filed even a month after their appointments did he quickly state that the “problems” at the IRS had been resolved and the returns had been filed.

He subsequently began to blame clients for “spending their refunds before they were received” on his own Facebook page.

What? Our collective issue as paying clients was that our claims had not been submitted to the IRS, period.

I finally received my return last month, but I am at a loss as to why this accountant engaged in such unprofessional activity.

Please note that there were NO reported delays in receiving returns this year from coworkers who did not use his services. This is deeply troubling.

In summation, I would not recommend this person’s tax services to anyone.

There are too many accountants who will not engage in such unprofessional behavior.

Ironically, the words “accountability” and “accountant” are oddly similar.

This accountant refuses to accept any such accountability or blame for his actions (or inactions, in this case).

If he were willing to do so, I think many of his legions of disgruntled clients would feel differently. It is very unfortunate. 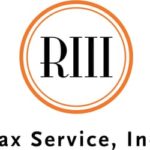