Do not go to Premier Accounting & Consulting Group for filing your taxes.

They do not do anything special for you, and don’t give you any guidance to better file your taxes, yet they charge you more than anywhere else.

Our friend told us about Mr.Yavari so we called him to get a quote in early March.

They said they cannot give it to us over the phone so we had to go there.

The lady who’s working there said they assure to give us a good rate because we are referred by a person they know.

So we went there and They quoted $500 – we negotiated to bring it down to $400 and they accepted.

Next time we went there to give them our documents, he gave us a cold face and said that he is dissatisfied with $400 and he only does it because he said so!

He said this 3 times! I told this to my friends and they were surprised as they all have filed their taxes for less than 100 dollars!

Long story short, after having our documents for 20 days, he called early this week and said he is busy so he is asking for extensions.

After we disagreed, he said he will call us if he can find some time!

My husband went there today to see if they can file the taxes- they finally filed and turned out we owe a lot.

He didn’t do anything special neither gave us any advice. 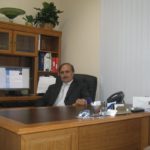