Please see below media about New York attorney Paul Senzer’s vile and profane behaviors. As of 2020 he is still behaving the same. Attack and act vile toward his client. After seeing these media publications, the client finally knows why Paul Senzer gave client such hard and terrible feelings!

New York’s top court has ordered the ouster of a part-time judge who referred to a lawyer as a “c- – – on wheels” and “eyelashes” in emails to clients.

The judge is Paul Senzer of the Northport Village Court of Suffolk County, who used the “degrading and profane language” while representing two clients in family court, according to the June 23 opinion by the New York Court of Appeals.

The New York State Commission on Judicial Conduct had recommended Senzer’s removal from the bench. According to the commission, Senzer used the offensive language in emails to two clients seeking the right to represent their grandchild.

Senzer had called the daughter a “bitch” and an “asshole” and referred to the daughter and her ex-husband as “scumbags,” according to the commission. And he described a court referee as an “asshole.”

The lawyer whom Senzer called a “c- – – on wheels” and “eyelashes” had represented the daughter.

Senzer didn’t deny using the language but contended that his use of the words in private communications doesn’t warrant his removal from office.

In oral arguments, Senzer’s lawyer had argued that the phrase “c- – – on wheels” was a “term of art” describing an aggressive lawyer, and it could even be seen as “a left-handed compliment.”

The New York Court of Appeals was not persuaded.

Senzer’s statements “were manifestly vulgar and offensive, and his repeated use of such language in written communications to insult and demean others involved in the legal process showed a pervasive disrespect for the system, conveyed a perception of disdain for the legal system, and indicated that he is unable to maintain the high standard of conduct we demand of judges,” the court said.

The court labeled “particularly concerning” Senzer’s use of a gendered slur and the term “eyelashes” to describe the female lawyer.

The court said Senzer had received a prior caution from the commission for sarcastic and disrespectful comments to litigants. His latest statements “cannot be explained as an isolated or spontaneous slip of the tongue” because they were made repeated times in “deliberative, written communications” over several months.

The pattern of conduct “constitutes an unacceptable and egregious pattern of injudicious behavior,” the court said.

ALBANY – New York’s top court has removed a Northport judge from the bench for using “intensely degrading and vile” slurs in a series of emails with clients.

In doing so, the state Court of Appeals upheld the determination of a judicial oversight panel that Paul Senzer should be removed as Northport village justice, a part-time post he held since 1994.

In a 7-0 decision, the court said removal was warranted because Senzer’s “conduct undermined the dignity and integrity of the judicial system.”

At issue was a series of emails Senzer sent to clients in his role as a private attorney. In them, he denigrated litigants, opposing attorneys and a court attorney-referee.

Senzer’s lawyer had argued the emails should be considered private and not sanctionable. At worst, the village justice should be warned, not removed.

But the top court disagreed.

Senzer’s “statements were manifestly vulgar and offensive, and his repeated use of such language in written communications to insult and demean others involved in the legal process showed a pervasive disrespect for the system, conveyed a perception of disdain for the legal system, and indicated that he is unable to maintain the high standard of conduct we demand of judges,” the Court of Appeals judges wrote.

Further, the judges said Senzer displayed an “unacceptable and egregious pattern” of conduct – even though he’d been warned before by the state Commission on Judicial Conduct.

Senzer’s “misconduct cannot be explained as an isolated or spontaneous slip of the tongue, as the statements — repeated multiple times — were included in deliberative, written communications petitioner made to these clients relating to their legal representation,” the court wrote. That the emails were sent to private clients “does not excuse the wrongfulness of his conduct.”

David Besso, Senzer’s lawyer, called the decision an overreaction and a “gross miscarriage of justice” because the comments were made as a private attorney, not a judge.

“There was nothing in the public realm,” Besso said. “He never should have said the things he did, but he was a good judge … He’s very remorseful.”

Robert Tembeckjian, administrator of the Commission on Judicial Conduct, said: “It is a sad and unpleasant duty to remove a judge from office for behavior that undermines public confidence in the integrity of the courts.”

Write a review or complaint on Paul Senzer Cancel reply 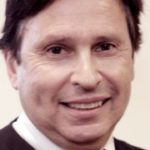