My experience was so horrible that it almost didn’t seem real. I bought my first home last November.

My relator, who was great, recommended Perry Bakker with New American Funding for my loan since I needed money from CHFA for my down payment.

I should not that Perry Bakker left New American Funding and went to work for another lender 2 weeks after my closing, so perhaps he was not as diligent in his job since he probably already had “checked out”.

Everything seemed to be on track until Friday before closing.

The closing was scheduled a month in advance for 9 AM on a Monday and I had taken the day off from work and had friends also take off to help me move.

I had also made it very clear that I absolutely could not take off from work any other day that week because it was both the month-end and quarter-end closing at my company.

At 4 PM on Friday, Perry called to tell me that he wouldn’t be ready to close at 9 AM on Monday and he had moved the closing to 3 PM.

So that meant I would not be moving on Monday as I had been planning for a month.

On Monday, I waited all day for Perry to call and tell me the final amount of money I needed for closing so I could get a cashier’s check from the bank.

At 2:30 PM, I finally called him since the closing was supposedly in 30 minutes. He said he still didn’t know.

I asked him, “Is this closely going to happen today?” He said, “Yes, absolutely.”

So he told me to get a cashier’s check for an arbitrary amo8unbt that he was sure would cover the closing costs and just come to the closing location.

The Title company would refund me the difference. So I did. And so did my realtor, the listing agent and the seller.

And there we sat for 3 hours, waiting for paperwork that never came through. At 6 PM , the Title company kicked us out and told us they were locking the building.

The seller had to sign her power of attorney over to her listing agent because she was unwilling to come back the next day to sign paperwork.

I can’t blame her. They rescheduled the closing for the next day at Noon.

The following day, I called Perry at 11:30 AM to make sure he had all the paperwork before I left work.

He said yes. But that was a lie. I got to the Title company and they still didn’t have all the paperwork So I sat and waited again. I finally closed at 1:30 PM.

The following week, I got a call from New American Funding telling me I needed to resign some paper’s and get them notarized.

I was at my company’s annual meeting the whole week, so this was very difficult. But I got it done.

This time, I put the brakes on and decided to examine what they wanted me to sign again.

I discovered that there was one form that I had already signed with 2 different interest terms and maturation dates and now they wanted me to sign the same form for a third time with yet another different maturation date.

I refused and decided to consult my lawyer. New American Funding then threatened me with legal action because I had signed something agreeing to sign any necessary paperwork after closing.

I finally ended up speaking with a lawyer at New American Funding who apologized profusely for the mistakes they had made on these forms and offered to send a notary to my house to get them signed and notarized again.

A month later, New American Funding sold my loan to another lender and I was hoping that would be the last I would ever hear from them.

Unfortunately, the worst was yet to come. Five months after I closed on my house, my mortgage still was not showing up on my credit report.

I was pursuing this only with my new lender, since New American Funding had only owned my loan for the first two months.

I was therefore shocked when I received a notice that my credit score had dropped from 799 to 520!

Five months after I closed, New American Funding reported my mortgage as five months delinquent!!! I was devastated.

I called New American Funding nearly every day trying to get them to fix it and I sent disputes in to all 3 credit bureaus.

New American Funding was completely useless. They kept telling me they had sent a correction to all 3 credit bureaus, but that was a lie.

Day after day, my credit score remained at 520. The disputes that I filed finally worked and the loan was removed completely from my credit report after six weeks.

What a nightmare. If I had wanted to buy a car or get a job or do anything that required good credit during those six weeks, I would not have been able to do so.

I wish I had been able to get it accurate on my credit report, showing the date of my initial loan and my two payments made to New American Funding, but it is best to just let sleeping dogs lie. 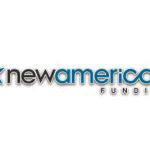