This was the most disappointing experience I’ve ever had at Michigan Avenue Primary Care.

After hours of researching doctors in the Chicago area (I recently moved here), I decided to schedule an appointment with Katherine Fox with high hopes that I had just found my new primary care doctor.

Unfortunately, I had an eerily similar experience to what another reviewer detailed below.

The receptionists are nice when scheduling an appointment but they do not seem as friendly or attentive when it comes to addressing patient issues or concerns.

While meeting with Katherine Fox, I understood that we would be ordering “general blood work”; nothing above and beyond.

This wasn’t originally planned but I agreed to the blood work because I knew an annual blood panel was 100% covered under my insurance policy.

Well, after insurance, the total bill for my appointment was over $700. My bill has 11 line items for different tests that were ran and I have no idea what they mean or why they were ran.

I’ve never, ever, ever in my life been billed for even half of that at any doctor’s office I’ve ever visited.

I was also a bit taken aback at how outdated/old the office and medical equipment seemed.

I’ve had the same type of appointment with the same work completed, at much nicer doctors’ offices, for literally a fraction of the cost.

As a new patient, it didn’t seem Katherine Fox cared if I stayed as a long-term patient or not.

I really feel like there’s something shady going on in this practice; or at least with the doctor I visited. 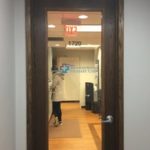