About one and a half years ago, I was referred to a Stephen Parente to help us secure funding for our licensed business in California. Parente assured us that he could loan us four times that amount if we had $2.75M in our bank account.

His company was originally called Investment Partner Holdings LLC, and then it was changed to Eagle Capital.

They claimed they had funds readily available. As it turned out, what they wanted us to do was set up a joint account with them to leverage the money to secure funding. We obviously refused to give them access to our bank account.

They still said they could raise the money. We raised the $2.75M and paid $39,500 to put the loan together. Unfortunately, they never performed, and our money was never returned.

Finally, Stephen said they were having trouble completing the loan and recommended another company, UNIKUB, with offices in Montreal and Quebec, Canada, and another office in Pensacola, Florida. Stephen Parente introduced me to a Kory McMullen at UNIKUB in Florida.

After my ordeal with Parente, I did significant research into UNIKUB, Kory, and his associates but found nothing that indicated they were not legit.

Kory said that he could provide us with a $7.5M loan for construction and another $2.5M for the property purchase based on our funds. Boy did that ever turn out to be wrong…

While working with UNKIUB, I found out that while Parente was supposedly raising funds for us, he was arrested for defrauding four churches for over $3.5M.

Here is the link https://www.justice.gov/usao-sdny/pr/three-charged-scheme-defraud-four-churches-and-developer. Pls, note I am not saying that Parente defrauded us. You can make your own decision in this regard.

By now, we were already engaged with Kory. He said he needed to rewrite the business plan and submit it to Price Waterhouse to endorse the plan. We sent our business plan along with all the supporting documentation.

The cost to do the work was $3,500, and I was assured via email that the plan would be done within a few days. That was February 8, 2020. More than one year later, we still do not have the plan even though I have multiple texts and email messages from him that he was sending it.

We also retained Kory and UNIKUB to secure us a property loan for $2.5M. The upfront fee was $25K. After several calls and emails asking for the loan documents, Kory kept saying that the loan documents will be delivered shortly. They never came. Then on April 4, 2020, he sent a text message stating he would return the $25K.

My board had a video conference with him and his partner Bill Banham, the morning of April 6, 2020. During that call, they again offered to return the $25K. They also said their legal representative was Miller Thomson LLP.

After the conference call, I contacted Miller Thomson to inquire if they were, in fact, legal representatives for UNIKUB. Miller Thompson stated UNIKUB was not a client.

Following the conference call, Kory kept telling me the loan docs would arrive shortly. They never did. Therefore, on April 20th, I told him to return the $25K because we were going with another lender on the property.

On April 22nd, he texted he had ordered an ACH transfer of the money. ACH transfers only take a few days. After several backs and fourth text messages, he kept saying the funds would arrive shortly. It never happened.

In early May, Kory claimed that the lender on the property was finally putting the loan documents together, and I was assured I would have them no later than Wednesday, May 20th. On May 18th, I texted Kory to confirm we would have documents on the 20th that stated, “New term sheet on the property due midweek. If not, then we are back at refunding the $25K. OK? He texted back a “Yes.”

When I called Kory about the documents on May 20th, he texted back that they were coming “…today….” Again I never received the documents—May 21st, same story about receiving docs that never came. Finally, on May 22nd, I sent Kory an email canceling the loan and notified them to refund the $25,000 per his prior text on May 18th.  The money was never sent.

Finally, on August 1, 2020, Kory claimed he was going to the bank to send our money back via ACH transfer. Again, it did not happen. He claimed he missed the cutoff.

One thing about a cutoff is the funds do not arrive that day. They arrive the following day. He could have easily ordered the transfer, and we would have received the funds the following business day or the day after—another one of his stories.

On August 3rd, he again said he was wiring funds. But later claimed he was sending it from a Canadian Bank and it was a bank holiday. How could it be a Canadian bank when his company is located in Pensacola, Florida, and wired the original $25,000 to his bank in Pensacola? When I called him on this, he had a temper tantrum.

Our agreement expired with UNIKUB on August 30. The agreement states that we are entitled to a full refund of our money if they do not provide us with a loan. I have multiple emails and text messages from him promising to return the $25,000 and provide our business plan. Again nothing.

Instead of refunding the money, they said they were in the middle of closing a loan and would pay us $35,000 if we would wait a while longer.

On October 1, I received an email from William Banham stating, “Stepan, Thank you for your time moments ago regarding the payment. As mentioned, we are in closing as we speak, with funds already in escrow.

We expect this to close within the next couple of days. Once closed and funded, we will transfer you USD 35,000 to close off the file. Trust that is ok, and we will communicate with you as things progress.”

On October 5, Bill Banham sent another email that stated, “The transaction is still in closing. We will reach out Wednesday. “

On October 9, Kory McMullen sent an email stating, “We are doing inspections on the transaction that is in closing today. We should have a final close on Monday and will pay you immediately after we close. Thank you for working with us.”

On October 14, Kory McMullen texted, “They just released final docs. We should be getting paid very soon. You will be my priority.”

On January 20, 2021, I sent Kory a text message asking him to “…confirm you are sending payment today” He responded with a text stating, “I will set it up when I get home,” And of course, this was another false promise, and no money was sent.

It is now July 15, 2021, and we have not received the remainder of our money or the business plan from these guys. I have full documentation on everything that happened and the broken promises to return our money in emails and text messages.

My advice to anyone considering doing business with Kory McMullen, Bill Banham, or UNIKUB in Florida is to do so at your own risk with the understanding that you will not get what is promised. Nor will you get your money back. 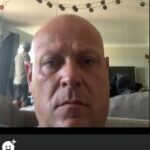