My son suffered a bad fall while snow boarding and ended up at the Kaiser ER, they x-rayed his shoulder, found he had a badly broken clavicle, torn ligaments, set up a follow up with the Ortho group for a week later and sent him home in excruciating pain, no pain meds.

Three days later he returned because he couldn’t breathe, turns out he had a partially collapsed lung, how was that missed? Sent him home with a tube to breathe in so the lung could pop back, still no pain meds.

10 days later we returned again, his right arm was swelling, burning up & red, he was sent home with a “Myalgia” diagnosis, this time with a prescription for pain meds that we couldn’t fill because I didn’t fill it that night at the Kaiser Pharmacy, they refused to fill it 3 days later, when he had surgery scheduled to fix his clavicle.

In the meantime his right arm is getting more & more painful by the hour, and swollen.

The ortho Dr cancelled the surgery because of the symptoms my son was exhibiting in his right arm and guess what, we were sent back to the ER!

My son had developed a septic infection in his right elbow, it had traveled to his blood and he became extremely ill.

How did the ER miss this?? My son has endured 2 1/2 weeks of horrible pain and torture, he has become depressed, despondent because he has no use of either arm.

My saving grace was the kindness Dr. Christensen from the Ortho department expressed in assuring he will make sure my son will be taken care of correctly this time.

My son is a young man, it will be months of recovery for him.

There is no excuse in healthcare to practice saving money for the hospital versus doing what is right and thorough, to ensure the patient is correctly diagnosed.

Do you want this kind of health care for your family? 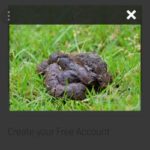