Jessica Hayes is a liar, dope fiend, user, and abuser who uses individuals financially and is a homewrecker.

She uses a person who is most vulnerable to get into there lives.  She’ll plead for help because all of her men are too busy committing crimes and spending time in jail, and blames the father of her kids for the reason she refuses to see them, and also blames her dad for not being a father to her.

As she is running away from the law with arrests warrants, she is searching every jail database online for her next man (mainly convicted deadbeats, rapists, and woman beaters). Once she gets help, she sweet talks and gets her way and seduces the person and thereafter, til one of her boyfriends leave jail, then she starts lying and manipulating. She tries to break people mentally, physically and abusively nd still interacts with various men, mainly deadbeats, rapists, and woman beaters from jail because she endorses that type of behavior. Once you cut ties with her, she tries to empty everything from you, even though she did not contribute on her own. Her own kids do not even stay with her, and blames that on the father, as the father does the work she refuses to do, because she loves being around drugs and rapists that much.

Just putting a warning out there before she does this to other vulnerable men!

Write a review or complaint on Jessica Hayes Cancel reply 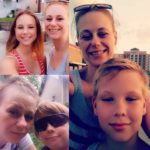