In Motion OC  Jeff Thomas 17332 Von Karman Ave #120, Irvine, CA 92614 operates a practice of overbilling and fraud. While I was a patient I was billed for exclusive time with a physical therapist, however the physical therapist was managing three patients at the same time, so to bill for exclusive time is simply fraudulent in my view. I also noticed charged for services when I was not at In Motion OC and for some services I did not receive. Thus, again, fraudulent billing.

The aqua therapy location was a horrific experience as well. While I was told it would a one on one therapy, again, it was bait and switch tactic where my therapy was split between 8-12 people in a community pool. Again, that is not one on one time and to make matters worse the pool had kids playing, jumping around, and very loud too. Such an environment is not a place to get therapy in my opinion. The loud kids, constant running, and inability to hear what to do by the physical therapist truly made it pointless. I would also add the type of ‘therapy’ was pointless – I did thing literally I could have done on my own like simply shuffle sideways in the pool.

Also, In_Motion_OC had ads on social media sites charging far less than what I was billed through my insurance. A person should not be defrauded of hard earned money and benefits. Insurance fraud is rampant at In_Motion_OC in my opinion since I was told therapy would be one on one and it was not, but insurance was billed for one on one time. Fraud is fraud and billing fraud appears to be the norm at In_Motion_OC.

What is Medical Billing Fraud? It contributes to rising health care costs for all of us. It’s any attempt to fraudulently obtain payment from and insurance carrier. Medicare and Medicaid are especially susceptible to fraud due to their payment arrangement. I hope this issue brings to the forefront the attention it deserves since medical billing fraud ultimately impacts us all. 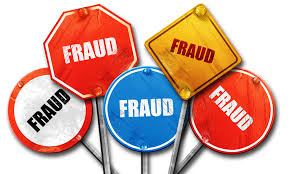