Homestreet seems like a good bank, but Mark still works for you.

The first day I went to his office the receptionist was working as a gatekeeper to keep an angry customer from seeing Mark.

He was saying he was not up front with this client.

I thought maybe it was a misunderstanding and I would be able to determine the facts.

After several visits to the office and several phone calls the loan was slowly done.

Mark’s assistant is really good. Mark set a construction loan at 4.375 about .50 over the market.

Since it was temporary no big deal. He sold us on a permanent loan at the same rate with a float down provision.

At one point the float down and the rate was 1.00 over the market.

I inquired of this and could not get a callback.

When I wanted to lock I called his office, since he works late he just emails at 10 pm.

Not helpful. He is unreachable, just try calling him.

As the loan came to a close and he continued to be unreachable I called his office and informed him, his assistant, at the conclusion of the construction loan, I would no longer be working with them and will seek permanent financing elsewhere.

I would be working with Chase as they offered a rate .50 under their lowest rate.

I was told that they would be willing to work with Chase to get us that rate….Why is this available now. Too Late.

I have more details I could provide but Marks assistant is really good as is stuck covering his mess.

Mark proceeded to offer a loan that was in his best interest and the most profitable for him. My best interest was not considered.

Proceed at your own risk. 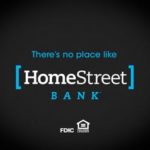