It was such a headache closing on our first home with Home Mortgage Alliance.

They tried to force us to be super over insured on hazard insurance to the point that insurance companies were telling me how its a waste of money to have that high of a replacement amoun.

Because it was nearly doubling our premium, that the house won’t cost that price to rebuild, and we won’t get any of that money back if we did need to rebuild.

When they finally did provide me with the language that agreed with what I was explaining all a long they still tried to argue with me.

Finally I got them to better understand and they allowed us to insure our home at a more reasonable level of coverage but had I not fought it we would have paid thousands more at closing for Escrows and hundreds more a month in the premium.

Cindy said going forward that she would not require such high coverage but I am saddened to know so many of her past clients likely agreed to being over insured and throwing money away because of Cindy’s lack of knowledge.

If this all hadn’t occurred so close to closing I would have gone with a different lender because she was not looking out for us and making sure we got the best deals.

She also was not available or responsive to our Realtor when we were putting in an offer which was concerning.

There are so many better lenders out there and buying a home is already stressful enough, don’t go with Cindy. 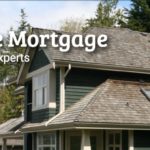