TERRIBLE CUSTOMER SERVICE, Freedom Mortgage tried to refinance us but was not able to extend a decent rate so we searched elsewhere.

When we refinanced, we were told that the company was able to refund a late fee, so long as we were not late in the previous 12 months.

Despite closing on the 14th of the month, the company ADDED the late fee to the closing costs and took it.

They managed NOT to give us the credit from the overcharge of interest and are now holding it for an additional 14 days, citing a law that somehow doesn’t exist with other mortgage companies… when I called about both the late fee and the overcharge from the interest, I was told that despite their original promise, they are giving me the “screw you” of not refunding ANYTHING in a timely manner or making any extra steps to keep their promises.

All this RIGHT before Christmas. I am NOT EVER going to do business with them again. What a mess!

Write a review or complaint on Freedom Mortgage Cancel reply 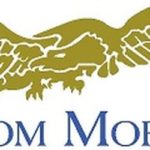