Don’t trust these AMATEURS! Federated Income Tax have no idea what they are doing!  They don’t tell you how much their services are until they are done filing your taxes for you!

I’ve been going here for the last 4 years and I gave them (Kristy, Danny, Harry) multiple chances and they never seem to get it right!

I always ended up amending my tax return and paying more.

If you have multiple tax documents like W2’s, 1099’s, retirement accounts, or investments you should go to a REAL PROFESSIONALS.

They reported my Roth IRA contributions incorrectly as a Traditional IRA even when I handed them my Roth IRA statement for the year.

After looking over my tax return to fill out my EDD unemployment worksheet, I noticed the error myself and ask them why it was reported incorrectly.

I asked him why it was reported correctly the year before and how it was wrong this year.

He had no answer.  Danny tells me to look for him next year instead of the other older lady and he’ll make sure my taxes are filed correctly.

I ended up owing the IRS $900!(Money I used to pay my rent since I recently lost my job)

This time I bring all my paperwork to Danny and he does his thing and completes my tax return.

I bring the letter to Danny’s office and waited patiently since I didn’t have an appointment.

Then Harry offers to take a look at the letter and pulls up my tax return on his computer.

He told me to log into CoverdCA.com and print out my form.

He then crunches the numbers and told me everything is fixed now… I now owe the IRS $760!

Then Harry CHARGES ME $45 to amend the tax return for Danny’s mistake!

He never asked me if it was OK to amend my taxes or tells me how much, he just amends it and said “Oh it’s too late, I already e-filed the amended tax return.”

I had to mail a check along with my amended tax return to the IRS and state of CA before 4/15/15 if I didn’t want any penalties and interest.

It was a good thing I filed my taxes early because it took me two paychecks to save that much money.

I asked Harry why Danny didn’t catch this or ask me if I had ObamaCare before my new job.

Harry told me it was my fault for not reviewing the tax return right away!

What am I paying these people for?   and he had the audacity to tell me “You shouldn’t have spent the money because it wasn’t your money to spend!” 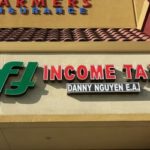