Emily Robertson, often using a social media handler like Emily Robb, has an extremely disturbing and shameful history disgust to the most. This site serves as a timeline document of the events. Evidence and proof have been documented before this site is published. Hence, there is literally ZERO chance for Emily Robertson to be able to deny or play the victim’s game that this is harassment or hater’s attack.

There is only one perspective on this site and repeated three times because it is important: TRUTH, TRUTH, and TRUTH.

As you all know, dead people don’t know they are dead. Same for shameless people like Emily Robertson, who doesn’t know how much of a shameful thief she is.

Years ago, a rightful judgment was made that Emily Robertson is shameless, dumb, and cheap. She spent all the coming years trying to prove she is not shameful or dumb by stealing everything from whoever made that precise judgment on her (which is a shameful act itself) and disturbingly stalk her victim to the degree of a maniac! Read till the end of the thriller…

Let’s take a look at the timelines of events when she steals everything from the same target literally:

1. This is the foundation and true base of Emily Robertson in 2017, aka who she really and naturally is. We know she is DUMB and cheap:
2. Next, she posted a photo wearing a bra, not to be “sexy,” but to support her friend, who is notorious as a homewrecker and slut. At this point, we know she is SHAMELESS because she sees no shame or anything wrong in a homewrecker. The next few years, every of her move proved exactly this is her true definition as well:
3. In 2018, shortly after her victim posted about modeling life in an interview, Emily Robertson (emilyrobbb) “launched” her modeling “journey.” She started shooting with photographers, making modeling poses (despite still mediocre poses), tagging IMG Models that she is interested in, etc. What a clone. Clown’s first theft act.

She is also trying to prove she is not dumb, cheap, or shameless, using the techniques she stole from those who made precise judgments about her.

4. In May 2019, merely less than 2 months after her victim announced being a digital strategist, she got a new position as an Assistant Digital Strategist. What a “coincident”! She first started modeling now this, always after the announcement of her victim.

6. On Jan 14, 2021, merely 3 days after her victim announced the type of content for a new TikTok account, Emily Robertson The Shame also started a new TikTok account (@emmy.rob), focusing more on being an influencer. She already had a casual TikTok account (@emily.robbb) for over a year since 2019, posting casual content yet never made anymore on influencer content. Now merely three days after the victim announced the plan, she is finally in? There aren’t that many co-incident that happen over and over again. PERIOD!

She has deleted all videos on her casual account to project a better image on her new “influencer” account.

7. What is really disturbing and creepy is, the victim announced the plan on an old social media account that hasn’t been used for two years. The victim started reusing the account feeling safe. Emily Robertson will not be monitoring it since it hasn’t been used for so long. Based on the new account name from this antique Instagram account, she did her homework and found her victim’s TikTok account and the announcement of a new content plan, which the long-time thief Emily Robertson quickly copied.

You can imagine the horror nature of such disturbing stalking and thefts over the years.

8. Emily Robertson basically shows how driven she is, and not so dumb she is, by trying to upgrade herself by stealing from those who know exactly what kind of material she is.

9. Calling her shameless and stealing? To her, that is harassment and hate. What logic, dumb thief!

Note: All points have proof. But out of her victim’s privacy, and since Emily Robertson is such a nobody, she is not worth it to deserve any notorious attention. The purpose of this site is to expose her nature and history and to assert firmly there is ZERO chance for her to deny anything or play the victim game as proofs of her years of thefts have all been documented.

About Emily Robertson –
Emily Robertson is a disturbingly cheap and shameless thief. Just like dead people don’t know they are dead, a SHAMER like Emily Robertson (emilyrobbb) doesn’t know how shameful she is. Look at her disturbing and disgusting history of stealing over the time span of years!!! Sensitive and disturbing…

This content will stay online forever. With every evidence and proof documented, there is ZERO room for the shameful Emily Robertson to try to play the victim game that this is harassment or hater attack. This site will serve as a timeline and documenting of Emily Robertson’s shameful life.

When you see these links, they belong to the ever shameful and disgusting thief Emily Robertson:
Linkedin –
http://linkedin.com/in/emily-robertson-bb759290

Write a review or complaint on Emily Robertson Cancel reply 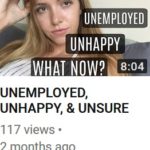