ALTHOUGH MOST DOCTORS are sincere, ethical people who only want to help patients. Some are wolves in sheep’s clothing and are, in fact, dangerous white-collar criminals like Dr. Jack Vaeth, also known by John as his other alias.

Do NOT WALK RUN from this charlatan! Protect yourself and your family from this scoundrel. If you or a loved one are considering using Dr. Vaeth…

Dr. Jack/John Vaeth, MD, claims to be a Psychiatry Specialist in Annapolis, but he’s a jack of all trades and master of none!

This guy is a crooked fraud and has had so many terrible reviews; he even changed his name from Jack to John to obfuscate and hide the overwhelming evidence of his misconduct; he has been abusing his position of trust for over 25 years!

This fraudster only cares about lining his dirty pockets at the expense of his patients. He runs a cattle market and treats his patients as cash cows…
He pocketed over $1 million from drug companies since 2013 as he was so skilled at aggressively pushing risky, unethical, and unsafe drugs all for $$$!

Payments he received since 2013…

Just in 2018, this is how much big pharmaceutical companies paid him.

He is truly callous and shows disregard for the safety of his patients by prescribing the wrong types of medications and unnecessary, barbaric  ECT treatments where patients have their brains fried with electricity and are often left with permanent and debilitating long term side effects such as sustained memory loss, damage to the bones, muscles, and spinal cord.. he knows all this yet still does it all simply for $$$!

This shameless drug pusher also aggressively Trintellix, which often causes serious side effects including Serotonin Syndrome, abnormal bleeding, hypomania (manic episodes), visual problems, yet he continues prescribing this evil drug to vulnerable patients because the drug company behind it fund his lavish lifestyle!
Dr. Vaeth is like a greedy pig with his snout in the trough!

Common side effects of the other drug he loves to prescribe (for profit) Vraylar include:

How can anyone with a conscience torture their fellow human beings this way!

He perverts the sacred Hippocratic Oath and its critical dictum, “first, not harm.”

This heinous charlatan ruined LIVES with his incompetence, and he’s guilty of medical malpractice on a massive scale. What is sickening is he did this all mainly for greed and profit! Sadly, I know someone who had their lives completely ruined due to the catastrophically wrong types of therapies administered by this monster.

Sadly, there’s a loophole in the law that allows cowardly scoundrels like him to ruin lives and operate with impunity.

Dr. Vaeth’s medical license should be REVOKED, and he must be forced to face justice for the hundreds of victims of his medical malpractice.

One appropriate punishment would be to have his brain fried with multiple rounds of ECT, the same thing he did to hundreds of defenseless and vulnerable patients. 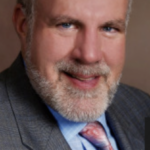