Dr. Jack Vaeth, M.D also know as Dr. John Vaeth and other crooked psychiatrists like him who are proponents of the barbaric, antiquated practice of ECT should be locked up! This ‘treatment” should be prohibited and prosecuted for the criminal assault it truly is.

Of course Jack Vaeth won’t tell his patients that there are many other safer and more effective alternative treatment options to ECT such as medication, talking therapies, exercise, mediation, arts and creative therapies.

Unfortunately, they are not nearly as profitable! Today, the psychiatric industry in the United States alone takes an estimated $9 billion from ECT per year.

Please think of your friend, spouse or family member, do your research, don’t be bullied by quacks like Dr. Vaeth! ECT is guided, not by medical compassion, but by profit and greed.

These harmful effects worsen and some become permanent as routine treatment progresses.The purpose of ECT is to cause an intense seizure or convulsion. The process always damages the brain and causes mental dysfunction.

ECT works by damaging the brain. The initial trauma can cause an artificial euphoria which ECT doctors mistakenly call an improvement.

This helpless individual becomes unable to voice distress or complaints and becomes docile and manageable. ECT doctors like Dr. Vaeth mistakenly call this an improvement but it indicates severe and disabling brain injury.

The effects of shock treatment are horrific, but the full ramifications are not explained to the patients or families. Worse, when objections are raised, they are overruled.

These procedures are extremely profitable to psychiatrists and hospitals, while resulting in continued long and expensive psychiatric “care” afterward, guaranteeing future business and income to rogue psychiatrists like Dr. Vaeth. ECT originated in 1938. Modifications have been used since the 1960s and are not new or safer.

These changes make it harder to cause a seizure. As a result, modern ECT requires even stronger and more damaging doses of electricity.

Abundant evidence indicates that ECT should be banned. Because ECT destroys the ability to protest, all ECT quickly becomes involuntary and thus inherently abusive and a human rights violation.

Therefore, when ECT has already been started, concerned relatives or others should immediately intervene to stop it, if necessary with an attorney.

Many studies show that clinical ECT causes small hemorrhages throughout the brain as well as patches of cell death. Newly discovered ECT-induced neurogenesis (growth of new brain cells) is not a benefit but instead confirms brain injury.

Neurogenesis is a response to brain damage from many causes, including Traumatic Brain Injury (TBI). I am naming and shaming Dr. Vaeth as another criminal in doctors uniform who administers this horrifying treatment.

Shame on you Dr. Vaeth… You can stick your saxophone where the sun doesn’t shine!

Perhaps you should update your crusty website from 2006! More importantly you should think about the misery, trauma and suffering you’ve caused your victims of all your barbaric treatment methods.

You deserve to be put under full anesthesia 25 times in 6 weeks (as you’ve done to your patients) and have your brain painfully jolted with electricity in the same way as your unsuspecting victims.

I doubt you’ll ever have a conscience. You are a greedy predator, a sniveling coward and a narcissistic sociopath. 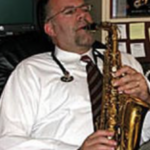