Dr. Gary S Ross may be a wonderful holistic doctor, but I gave up on him because his office is the most unprofessional of any I’ve ever encountered, even making allowances for it being an “alternative” practice.

And that’s on top of it being the most expensive of all the alternative/complementary practitioners I’ve seen in my 12-year bout with my disease. Some examples:

* I never got a statement that I could submit to insurance, just credit card charges with no supporting documentation;

* I encountered charges that weren’t explained to me in advance. Specifically, there was a $200 fee to explain test results; I only found out about it after seeing a charge I didn’t understand on my credit card statement.

Had I known that a test that was just over $100 would have a $200 surcharge I probably wouldn’t have had it done;

* I never got a clearly written treatment plan, with dosages and frequencies specified in writing.

Instead I have his handwritten notes and scribbles from what turned out to be a $200 “service”.

The notes are unclear in their specifics and all the more galling because of the cost;

* The setting for infusions lacks privacy. I was getting an IV drip in the waiting room of his office.

When the doctor thought the room was stuffy he opened the door — which is opposite the elevators.

Hence, every time the elevator stopped on our floor everyone could look in at me getting an infusion.

Not to mention deliveries coming in, and other patients waiting for their appointments;

* The other aspect of privacy that I found lacking: he was seeing other patients in his office while I was getting my infusion.

I could hear everything going on in there, which is unfair to me as well as the other patient, and probably a HIPAA violation.

I think he’s recently moved into this office, so maybe the prior arrangement wasn’t so bad.

I should also mention that I never met Peter, who was praised in earlier reviews; he may no longer work there.

I gave up on Dr. Ross after two infusions, and my total cost was nearly $1200. Ouch!

That’s just too much, especially if I’m not given the chance to get insurance reimbursement.

There are lots of other holistic practitioners in better settings at a much lower cost. 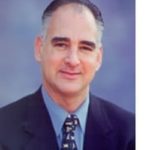