Sadly we love Dr. Bart Barrett and the PA and for having Really good PPO insurance we thought this would be the end of our perfect doctor office search.

Especially since we live down the street. We received a bill for $120 for a digital fee which is an annual bill to be able to talk to the doctor and do other things virtually online.

I have have this option with my daughters’ pediatrics office along with my liver specialist and never have I heard of being charged extra for online services? Unfortunately I was told today that if we decide not to pay this even if we don’t use this option we can find another office.

Well the search continues to find another doctor and PA. Thank you for your services but no thank you.

We already pay enough in insurance let alone more cost for something we would hardly ever use. 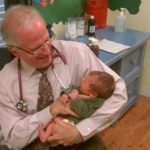