I also had a really terrible experience With Directors Mortgage – Lake Oswego. Based on my full and honest disclosures of my situation and finances, my broker assured me that I was fully qualified for an FHA loan.

However, there were some requirements that I did not, and could not possibly meet before moving.

If I had known this early, I would not have gotten myself in a situation where I had a binding contract and had expended travel, earnest money and appraisal fees.

I was told of some problems late in the game, but that they could be resolved.

I did what I was told and was then told the problems were resolved due to these actions by me.

However, it turned out they were not resolved, and on THE DAY I was supposed to close, I was told I was not qualified for the loan.

I was moving from out of state in less than two weeks, and this essentially left me homeless, with a binding contract I could not fulfill, and a $3500 debt (assuming the seller did not sue me, which would make it even more).

Also, while house hunting, I had repeatedly expressed concerns about interest rates rising and my mortgage broker acknowledged that they would rise in December due to profit taking on Wall Street but that she would wait to lock until I had a house picked out.

I had a binding contract by late November, but she did not lock me as I thought she had.

Rates shot up dramatically, just as she predicted So, I had a significantly higher rate than if she had locked when I had a binding contract. .

Ultimately, there was nothing that DM could do about the interest rate, but they did find a way to get the loan pushed through at the last second, within a week of me moving- but only after I successfully rebutted a manager’s accusations that I was lying by producing emails to and from the broker that proved what I was saying.

I appreciate their efforts to make the loan happen, but never received an apology of any sort.

Also, the broker I used is no longer there, so I don’t know if that would help. 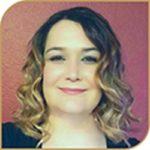