Note: this is a mortgage company called Cedar Mortgage Company with address is in 1670 Hillsdale Ave B, San Jose, CA 95124.

This is a private company owned by Daniel Burke.

At the beginning, this person spoke nicely so I decided to use his service.

I got the good faith estimate (GFE) toward the closing cost.

Finally we got the loan through him but the YSP became more than $3000.

My understanding is The YSP is the money left on the table that the mortgage broker will put it into his/her pocket.

So I call him to get explanation about why the YSP became that high (more than 500% from the GFE).

Mr. Burke showed who he trully is by became angry at me (accused me wanted the money) and hung up the phone on me.

I felt very dissapointed because I paid his service and this was I got from him.

Never ever hang up on the client who paid for the service.

Client has rights to know what’s going on.

Will stay away from this company and Mr. Burke.

Write a review or complaint on Cedar Mortgage Cancel reply 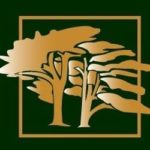