Spanish Police are now investigating Alistair Watts for misappropriation of social media power to victimise innocent individuals into writing fate articles only to ask for a bribe to remove the comment. Alistair Watts have been recorded in facilitating misinformation and asking his network of followers to share the scam articles he had created in order to create extra pressure for innocent victims to pay a ransom.

Alistair Watts, owner of Crime Watch Costa De sol, after reviving funds writes to his victims advising he will remove the online article but in fact he actually increases the spread of the article and recommends a reputation management company in order to have it removed.

However a company offered to remove it entirely for a fee, guaranteed. It seems like extortion via third party. Pay me to pay them to take down false statements. This is it just part of the same scam? Alistair is a Dirty Scammer and we advise everyone to report Crime Watch Costa de sol to Facebook as a scam. Please do not pay him money. Please report this to your nearest Police station. 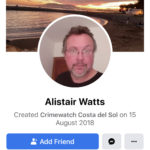 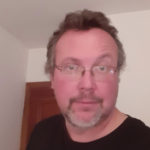 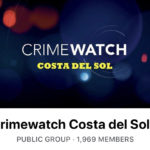