What a nightmare! We were searching for a new home and trusted A & N to get us to the finish line.

We met with Mike McNamara who sold us on A and N Mortgage Services and made all these grand promises that we would be taken care of by him and his “team”.

This turned into us being passed around from Joel, to Amy, back to Joel, back to Amy and at one point Alison.

We were being passed around so much we couldn’t figure out who we were dealing with at any given point.

We had to submit the same documents multiple times to multiple people because they couldn’t communicate within themselves and their “team” effectively.

According to Mike, Amy was supposed to call us every week on Tuesday to discuss our loan and any needed documentation.

This never happened. Ever. They were all very good at throwing each other under the bus.

Great team right? At one point we received a voicemail from Amy saying we were good to close. (Amy later lied and said she never left that voicemail even though the voicemail clearly said “hi this is Amy from A&N”).

A week later we received an email from Mike (whom we seldom heard from) saying we were not clear to close and needed to request an extension from our buyer and our seller ( we were selling and buying).

This email came 3 days prior to closing on both places. 3 days!! We had to cancel movers, cable and Internet technicians amongst other things.

According to Mike, you need to have a clear to close 5 days prior to closing which means that they knew about us not being able to close for almost a week but yet didn’t feel the need to communicate this with us until 3 days before closing.

The email thread showed the “team” discussing this delay for 5 days prior to telling us.

We were the last ones to find out anything. This delay happened twice.

Their lack of competency and professionalism is absolutely mind boggling as is their carelessness.

At another point it took us about 4 days, countless emails and phone calls to their office to get ahold of them and figure out the status of our loan.

Even our realtor got involved and expressed his frustration at their lack of care and urgency in getting us to the finish line.

Mike called me after we closed to apologize for him and his teams’ unprofessionalism and lack of communication.

He recognized he was at fault for our delays and should have communicated not just with us but within his team better.

I would not recommend Mike or A&N to anyone unless you’re looking forward to sleepless nights and countless headaches.

Mike is nothing but a sales person and does not care at all about the customers.

2 Reviews on A and N Mortgage Services 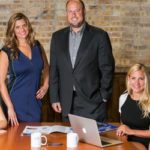