He failed to call me at the agreed time (which was multiple days after my initial call), then couldn’t be reached by the receptionist when I called instead.

He eventually sent an email asking for information I had already provided to the receptionist.

I provided it again and he responded simply “Unfortunately, for your situation I won’t be able to do your taxes.” Lazy, sloppy, rude. 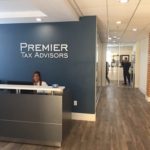