Dr. Ivor Emanuel is one of the worst doctors I’ve ever worked with. I came in to see Katherine Fast and needed to have my ears cleaned out.

This is typically performed by my general doctor but since i was already in the office, I figured why not.

I was charged HUNDREDS of dollars (out of pocket) for a 15 minute visit to clean out my ear wax.

No one told me the charges before the visit and I never in my wildest nightmare thought any doctor could charge such exorbitant fees for such a simple thing.

After getting the bill I was shocked and called up his billing office.

I spent hours on the phone where I dealt with an extremely rude office manager who thought his fees were perfectly reasonable (they’re not).

My friend had the exact same experience. Dr. Emanual ran multiple tests on her and then never called with the results.

She had to follow up with the office to get her results and at first they refused to give them to her over the phone saying she would need to schedule a visit for a fee.

She also received a ridiculously high bill for a routine visit and was brought to tears by the office manager.

I would highly recommend not going to Dr. Emanuel – it was a terrible experience. 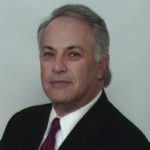