I had to go to my Doctor and pay a $20 just to get a referral to see these people. Once I was there I had to pony up another Copay.

Upon seeing the Doctor, she completely ignored the issue with my leg and asked me to take off my shirt instead.

Then removed a mole from my face that she claimed could be skin cancer, ….A few weeks go by no results, but they did send me a bill for $135…I called and wrote a letter…They didn’t care..They wouldn’t work with me because they said I had been seen by the Doctor.

I was told “even if your issue wasn’t taken care, you still owe because the Doctor had seen you”… Fail…I feel nothing but scammed.

It’s too bad they don’t care about anything but money. 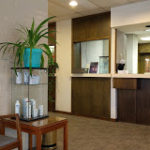