I hired Ron and his team to work on my taxes as I had income from overseas.

They seemed thorough in preparing my tax return but they also did very well in trying to create unreal hours or time they spent, such that they presented me with a $7000 bill.

I may have income from overseas but I sure don’t have overly complex assets that require an experienced tax accountant over 60 hours of their time.

I asked for an itemized list of hours detailing what they did for each of the 60 hours, but majority of it looked completely made up.

I questioned the hours and made it clear to Ron that I did not believe in the time they took.

He then proceeded to agree that there are inefficiencies in the process.

After multiple rounds of questioning him, I ended up bringing down the bill to $2000 which Ron agreed to.

I suppose he expected the client to complain about the fees so he decided to increase it to $7000 as a starting point and then settle for $2000, hence the 60 hours were made up.

I have never met a more scheming dishonest accountant.

Write a review or complaint on Weiner and Rice, PC Cancel reply

2 Reviews on Weiner and Rice, PC 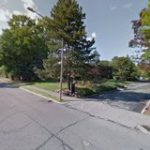