I was referred by a friend who has been going to Walter Fey, CPA for years, so I was shocked at the bad service I received.

First he wouldn’t return my calls, I had to call three times and drop by just to get him to call me even though I said it was a referral from a client of his (that should have been my first clue).

He charges my friend less than his current rate, so he did discount my rate somewhat when he finally called back.

But he provided less service than H&R Block, he wouldn’t let me just tell him my information and he acted patronizing about me being somewhat disorganized, he made me fill out his forms first.

And I made so little last year and had a business loss so I was surprised to find that I owed taxes.

Because I had to pay taxes rather than getting a refund I told him I didn’t want it to come out of my bank account electronically.

He had prepared the forms for electronic payment.

I said I am low income and don’t have much in the bank and I didn’t want to pay that way, I wanted to pay taxes by check. So he re-did the forms and his cover sheet instructed me to mail checks to both the IRS and the state, which I did a month early and the state cashed my check already.

Then on tax day the state took out the payment again, which cleared out my bank account, now i’m worried things will bounce!

When I called him upset (not angry, upset) he again acted patronizing and immediately tried to make me share the blame because I had signed his paperwork, but he said to stop the check to the state and he would pay the stop fee, but then I found out the state had already cashed the check and I called him back several times and he ignored my calls and my email.

I emailed him his forms back proving that his cover sheet said to mail both tax payments so it was his fault.

Horrendous customer service, I would never go to him again, and I am going to H&R Block, which is cheaper, to have them do a second look because who knows what other mistakes he made, and I paid him $500 for this, he acted like he didn’t want to work with me all along and then paid as little attention as possible to me, resulting in this.

Now it could be months before I get that extra tax payment refunded, if I ever do. 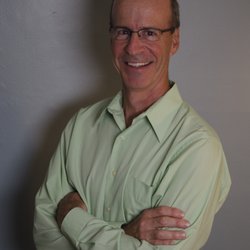