Public Service Announcement to all drivers in Daytona Beach: Watch out for an insane old woman named Vicki Wright Farrell in South Daytona! She’s notorious for causing legal mischief trying to earn a quick buck, all because she and her husband are too lazy to work. Her trick is parking in the middle of the road in 40+ MPH traffic and suing anyone unlucky enough to hit her! Believe it or not, she’s earned over $100,000 doing this in the Daytona, Ormond, and Port Orange areas.

Her husband, James Farrell, is in on all of her car insurance fraud too. Be sure to drop by her & her husband on Facebook and give them both the love they deserve for successfully scamming several auto insurance companies in the last few years as a form of welfare. 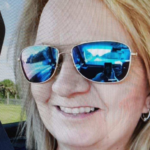 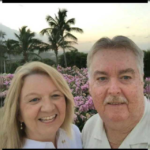