I am writing this review in the hope that it would save others from getting scammed by Velux windows. The company promises a lot of things to its customers. However, it is completely cheap and unreliable. Being a customer, I have felt that I was kept in dark and was taken huge advantage of. Those working here are also not supportive and very cunning. We got our new home and needed a few renovations for the final touch. We wanted to install the skylights at three roofs. Our house is big and we loved the first time we laid eyes on it. Without any delays, we booked it and few months back, we shifted in this house.

Like every other home owner, we wanted to twig few things. Hence, we thought of starting with the skylights. There were three already installed, however, we wanted the modular ones. We had checked various companies offering the same. And, ultimately opted for Velux windows, which we still regret a lot. The reviews were pretty fascinating and that was the reason why we decided to go with velux. However, our entire experience with this company was horrifying and very disappointing.

These guys told me that there was no problem with the skylights and it can stand frequently changing weathers. We were quite impressed with the salesperson and decided right away to go with it. We paid in full for the entire three skylights. And, waiting for them to come and install the same. This took around 15 days. Finally, they arrived with all the tools and technician to install the skylights. Later, they found that few parts were missing. They asked us to wait for some time and they never returned. When I called the guy who came for installation, he informed me that the parts were unavailable at the moment and we would have to wait for a few days. Thankfully, it wasn’t raining that time.

After a week, and rigorous calling, they came with the parts and completed the installation. It was fine until the seasons started changing. We were stuck with these skylights and it was very frustrating. They got jammed and started leaking every now and then. And, calling the support team is very tiring. One has to wait for hours before someone replies. And, the worst part is that the phone never connects in the same go. You may have to try plenty of times to get through the line connection. This is not it. The sales team replies right away, however, the support team is incompetent. How can a company not pay attention to the important things? Customers aren’t fools. They know what you are trying to do. Once you sell your things, your customers are nothing to you. That is what you are trying to portray. Even if not, that is what we felt and it was harsh.

The first time the problem was with leaking. Because of sudden rain, only after a month, we noticed that the skylights started leaking. The leakage started in two of the three skylights. So, we called these guys. And, after several attempts, we reached someone who said that he would be arranging the technician. But he never arrived. When we called to check the update, we were told that the technician visited but we were not available. This was a lie. My wife works from home and in last few days, she has not even gone to the grocery shop. I mean, this is completely unacceptable. They lie as well.

We rescheduled the call and this time, they arrived two days later. We thought thank god someone showed up. And, he fixed the problem as he told us. It was not raining, so there was no way to check the same. We asked the person why the roof was leaking when the skylights are guaranteed to withstand the changing climate. And, his answer blew us away. He said that there is nowhere written in the handbook that the company guarantees that. We definitely did not cross-check with the handbook what was promised to us.

Anyway, he left. Few days later, we started facing issues with the jamming of all the three skylights. One was even stuck and won’t close completely. So, we called these people again. This time as well there were so many calls that we needed to make to get a guy come to our place. Every time we were able to reach someone from the support team, we were informed that there were no free slots for technician visits at the moment. After a week, they did book a slot for us. The technician arrived at a time that was not mentioned with the ticket. He arrived an hour earlier. If he would have reached a few hours late at the scheduled time, we wouldn’t have been home.

That was a busy day for my wife and me. Hence, we were very particular about the time slot that we provided to these guys. Anyway, we asked him to do what was needed to fix those things up. He checked and it took him around three hours to fix all the three skylights. We tested these and they seemed okay. However, this time, this guy did not bring a lot of necessary tools and had to borrow from us. What if, we did not have any of that. The company is irresponsible and so are the employees. I have not talked to any of the employees at Velox who talk sense. Anyway, moving forward, I was very upset with the entire setup and decided to change them for good.

We were already in talks with the company about some refunds or part refund, that the three skylights started leaking at the same time after a heavy storm broke suddenly. This is not acceptable at all. We had to move to my friend’s place as the entire house was a mess. We were very angry but wanted to handle the situation calmly. So, we called these people and asked them to send someone right away.

We called them and told to take down all the skylights and said that we would like to return those to the company itself. We did demand some amount back as it was very frustrating to handle these products and the mess that these created to our house. We paid for the technician this time as it was for the uninstallation of those skylights.

After three days, we received tools and other things that were supposed to be brought along with a technician. I called them and this time, it took me 15 calls to reach these guys. This is a crappy company. Sorry for the language, however, these people deserve much worse. Anyway, when I called these people to ask about the technician, they said that they won’t be sending any. They said that they had sent the tools that we would require to take down the skylights. And, we can take help from the other company that we would choose to use the skylights from. This is ridiculous. I have never had an experience like this before.

Companies go to any length to retain their customers. And, velux windows is not ready to provide the basic service that a customer deserves. This is a fraud. I called these guys so many times as we both are old and we do not have that kind of expertise to complete the job. It has been 10 days and they have not sent anyone. I am calling them for refunds as well. But they never reply clearly.

They do not refuse as well as do not comply with what we are suggesting. They ask us to call back again and again. I have been calling them from long and they always make excuses to ensure I disconnect the call myself. These guys are disgusting and cruel. My wife and I had to go through a lot of trouble because of these people. And, they did not show any empathy. Now I do not expect them to do anything, I know they won’t anyway.

I have called the other company and they have agreed to complete the installation for no extra cost. They would take down the materials fixed before and would do the needful. They have also provided a written guarantee for everything they said the skylights would be covered with. When they came for the replacement, I could make a difference in the quality of materials and service. And, they costed less than Velux windows. Do not use any product from Velux windows. This is not a genuine company. They are fraudsters and cheats.

Write a review or complaint on Velux Windows Cancel reply 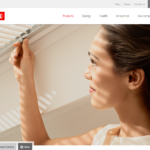