My tax returns were incorrectly filed by Vasquez Tax, whom I trusted as a CPA and therefore paid for their professional services.

I brought in my forms (W2, etc) and they did not enter the data from the forms correctly into their computer system.

Also I was specified to be a student on the 1040 and Vasquez Tax entered a fraudulent student credit on the 1040.

In the end, I was rushed out, asked to sign at the bottom with a refund due to me from the IRS. Later, I was contacted by the IRS indicating I was not due a refund, instead I owed for that year. Of course now I owe interests for the late payment.

Upon receiving the form I called Vasquez Tax Services at 5:40PM and was told by the tax preparer that they were closed for the day, but their hours of operation are 9AM-6PM.

The next day I went in person, they were rude. While I was there I did notice many other IRS forms–(forms that the IRS sends to the tax payer when there are issues with the original filing) laying on the secretaries desk.

They had a horrible attitude. They just saw the form and said “Yep, this form is from the IRS, I advise you to pay them”. DUH YOU JERK!

I wanted them to pay the interest & refund me what they charged me to incorrectly prepare my tax return.

They would not let me make my case, they just kept talking over me, never letting me make 1 complete sentence.

They refused to refund me their service fee or the interest caused by their negligence.

their argument for not paying the interest is that I “have the refund in my bank account already collecting interest, just pay it back” — but not true, money is not in the bank, even if it was, no bank gives that much interest to match what the IRS wants.

in the end – read your tax return before you sign it – take it home and read it, review it, then sign or dispute, then return it to your tax guy — oh and AVOID THIS PLACE! 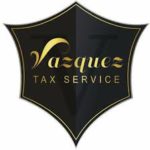