On last Friday, I visited for my annual exam, and while there addressed a sinus infection that I’ve had.

I specifically asked the doctor for a Z-pack because I’ve had good results with using University Family Physicians before.

Instead she suggested and wrote a prescription for an antibiotic.

She also suggested 2 nasal pumps, both of which I’ve tried before and did not work, so I advised her of that as well.

It’s now been 7 days (of a 10 day prescription) and my symptoms haven’t gotten any better.

After day 4 I called the office leaving a voicemail on the nurse line, the call was never returned.

On days 5 & 6 I left messages with the appointment desk, still no return call.

As a last resort, I sent a message through MyChart and was advised that I would need to make a new appointment, either through the regular process or visit them in Urgent Care (a way to bill me another copay and get more money for something that should have been treated the first time).

I finally received a call back on the 7th day, and a return message.

After going back and forth, they still stood firm that I’d have to make a new appointment to be seen, they would not call in a prescription for me.

A complete rip off. I should not be penalized and have to pay twice because of their failure to listen.

I will not return to this office and before I pay them another dime, I will find a new doctor! 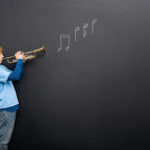