I am not reviewing Tomas Trujillo, a WHOLESALE REP at Loan Stream. My complaint is with Elias Benudiz.

I had a really bad experience with Elias Benudiz.

He was rude and used fowl language when talking about other people he was working with.

He told me my loan was approved and after the time for a return of escrow he called and said I was denied.

He knew that day that I had to know by 6Pm but he waited until the next morning to tell me and it cost me $5,000.

He was really rude when I called about it. 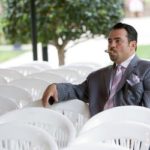