If I could give no stars I would. Tom and staff had no clue that same sex marriage is legal NATIONWIDE and turned us away stating they did not have time to look into the laws.

I informed staff that it is legal in Texas as of June 2015 and that my wife and I are legally married.

We were turned away and our original appointment that was scheduled before they knew I had a wife was cancelled and he told us to find someone else because he did not have time to look into the law regarding same sex marriage and states he could not just take my word that it is legal.

I’m blown away by the ignorance and discrimination he displayed as well as how rude he was on the phone when he spoke to me. 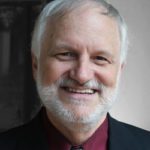