I had my coaching contract with Tom Ferry which I continued for 7 months and I wish I had never taken up his coaching at the first place. My coaching started with TFO in February 2017 and I was looking to conquer new heights in my business. From last three years, my business was showing no growth. I was able to make $100,000 every year and wanted to grow with time.

When I consulted Tom, he offered me a free consultation where he assessed my business plans and my tactics. It was a bait which fall at the right place. After consultation, he suggested that I was using expired techniques which can never help me grow with the current trend.

After he assured me of the growth, I opted for his coaching program. He was very convincing. He said that I used to be a great agent in past, but the position I was holding now, needed new ideas and techniques for better future.

The coaching was worthless and I had two coached during the time I was with TFO. The first coach was bad and could not add value to any plans that I already had. The company paid referral bonuses for coaches and anyone could have been introduced to the coaching program to become a coach himself. Coached just need to follow their manual prepared by the company and should have a time schedule to earn the incentives.

The real money came from the referrals. But, during the time, I was working with my first coach, I couldn’t make any profits. On the other hand, my annual figure dropped to $36,000. I requested to change the coach. The second one was better, but it was too late, and the damage was already done.

I had to battle a lot with Tom and convince him to terminate the contract. I told him that my limit was over on my credit card and I was not able to pay the monthly fee for the coaching. I also added that because of the bad coaching, my annual profit plummeted. That was the reason, I was not able to keep up with the credit card payments.

After a month, I received a call from them. The person was Rick and I told him the financial condition I was going through. I explained how the bad coaching from Tom and his coaches ruined my business and put me in a huge debt.

Rick promised that he would try to find a solution and would contact in few days. After not hearing for quite a while, I left three messages. But Rick did not reply. That signals that Tom does not care about his people whom he promises to profess. I am very angry and disappointed by the way they handled my situation. They did not care to provide any solution for the damage that they had caused.

I am still in huge debt and will try to convey my message to as many people as I can. If you wish to save your business, stay away from Tom Ferry.

Is Tom Ferry legit?
Tom Ferry is not a legit business owner or provider. They are not aggressive towards their customer satisfaction and complaint grievance, and hence 1 consumer(s) was/were given a Tom Ferry as a negative rating, and only a few left positive feedbacks.
Where is Tom Ferry located?
Tom Ferry is headquarted at San Francisco, California United States. We do not have any affiliation with the better business bureau or yelp reviews platform. You can contact Tom Ferry by dialing N/A or visit their website tomferry.com.
How much monetary loss is incurred by Tom Ferry’s customers?
According to the reviews posted by Tom Ferry’s customers, US $10000 was the total loss incurred, and hence the severity of the scam is extremely high.

Write a review or complaint on Tom Ferry Cancel reply 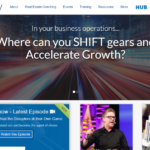